The Ghost of Telecom Valley 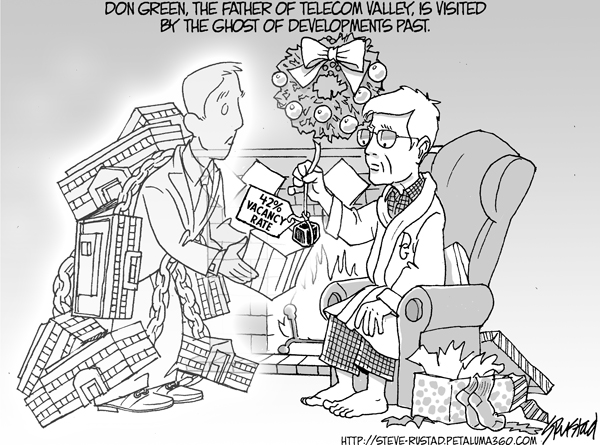 Personally, I appreciate men and women with vision and the means and determination to persue their visions. And I’m grateful when those visions are aimed at enhancing the place where I live. So I raise a virtual toast to Don Green and the White family, among others, for their dogged efforts to make Petaluma a better and more productive place to live and work despite of the equally dogged efforts of NIMBY’s, BANANAS and the ever-regressive “progressives” to keep River City frozen in amber. Even though this recession has temporarily undermined many of their efforts, I believe that time will bear out the value of their vision to you, me and perhaps to even all of those who’ve worked so hard to oppose them.