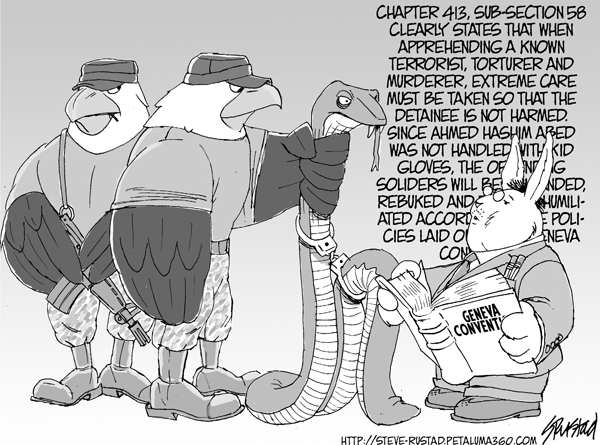 Three Navy Seals are being charged with prisoner abuse in connection with the capture of Ahmed Hashim Abed, the alleged mastermind of the murder and mutilation of 4 civilian contractors in 2004. The damage they inflicted on the detainee? A bloody nose. Were their actions exposed by a tenacious press? No. They were reported up the chain of command by their immediate supervisors who hoped to avoid a media frenzy like over-hyped Abu Ghraib incident. Winston Churchill famously said that English soldiers were lions led by jackasses. I suspect our lions are being lead by rodents.