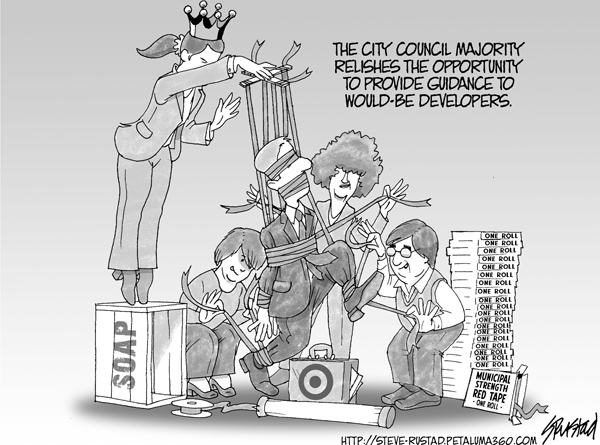 The City Council Majority is nothing if not predictable. Even though Mayor Pam and Councilperson Glass are running for new office – and presumably would like to demonstrate to the voters some behavior other than ritual obfuscation, hibitual dissembling, and rigid a adherence to hidebound liberal orthodoxy – they still can’t resist further attempts to stymie the Regency Center project. Other other hand, perhaps the majority of local voters really want robot progressives in all elected positions. If so, right on, guys.