Free Speech Means Nobody has the “right” to not be offended. 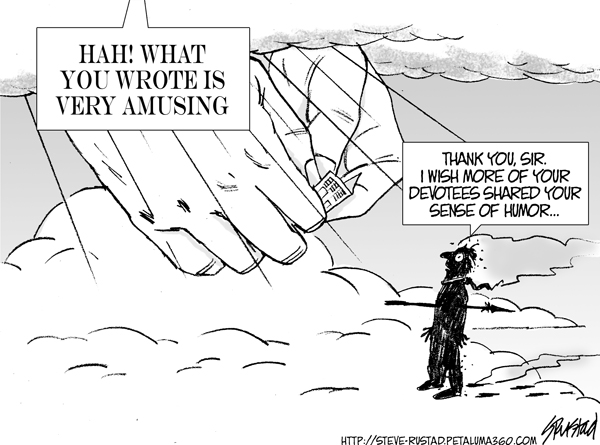 The right not to be offended…isn’t a “right.” A Canadian, Mark Steyn, has been brought before three different Human Rights Tribunals for allegedly “insulting Islam.” What began with a fatwa against Salman Rushdie for insulting Mohammad and was dismissed by many as an isolated incident, culminated years later with the assassination of Theo Van Gogh in the streets of Amsterdam for the same offense. In Denmark, cartoonists still fear for their life for having drawn Mohammad in newspaper Jyllands-Posten. Meanwhile in Ireland, blasphemy is now a criminal offence. How can we encourage vigorous debate while being respectful of religious sensibilities?