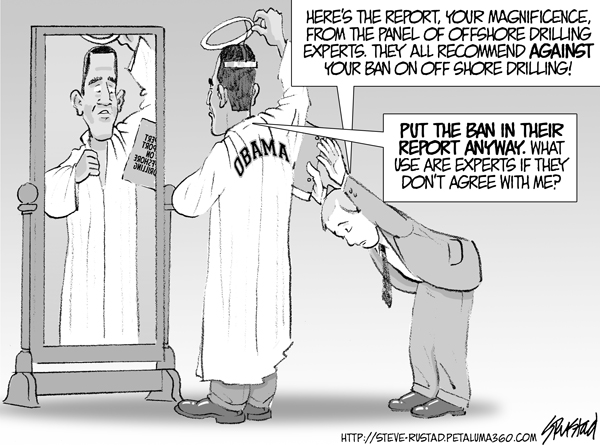 News from the War on Truth, Honesty, and the American Way being conducted by the current President: the eight experts asked by the Obama administration to make recommendations regarding offshore drilling (in the wake of the BP disaster) just came out and complained that Obama apparatchiks inserted a ban on offshore drilling under their signatures in their report…even though  they had explicitly recommended AGAINST such a ban as harmful to the Gulf state’s economy. I think doctoring an official report may actually be a crime, though I doubt you’ll hear much about it from the ever-worshipful media.