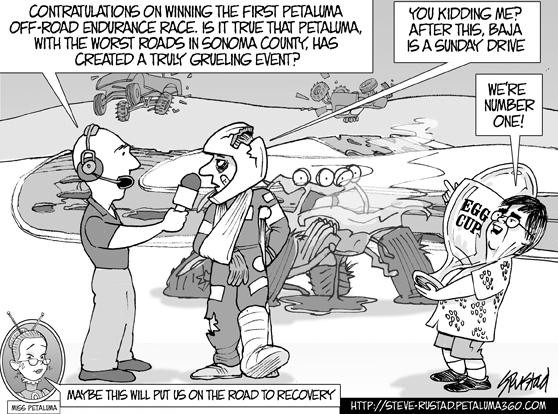 Again, Petaluma takes the honors for having the worst roads in Sonoma County. This recurring accolade actually helps me to understand the whole concept of shrinking the roads from 4 lanes to 3 in parts of town: less road to go bad. Or is it less bad road to go...on. 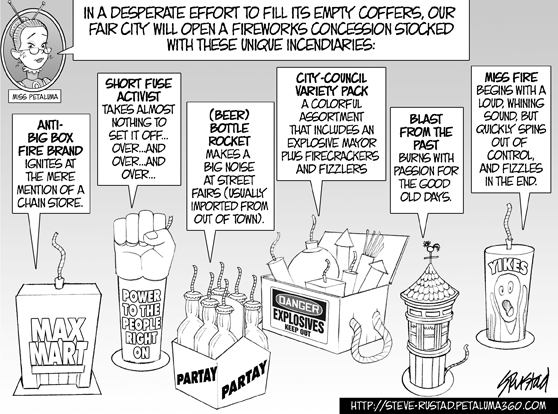 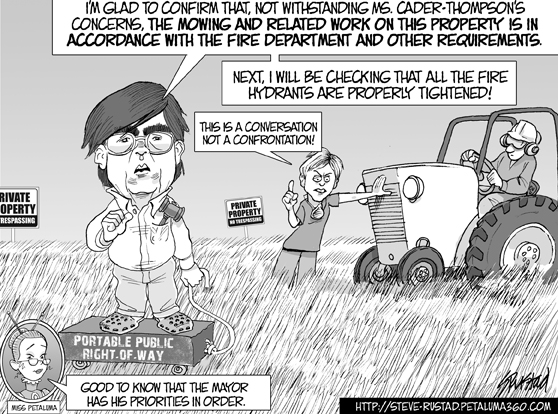 Petaluma's self-annointed Progressives elected the mayor to represent their heartfelt goals and achieve their most profound purposes. In short (no pun intended), the mayor is the living embodiment of a Petaluma Progressive - abusing subordinates, aiding a trespasser who interferes with legally-mandated activities, claiming ownership of projects that have survived despite his determined opposition. On one hand, you can say that he's no worse than most politicians, e.g., people who do whatever they have to do to get their own way, which (in my view) perfectly characterizes our local brand of "Progressive." 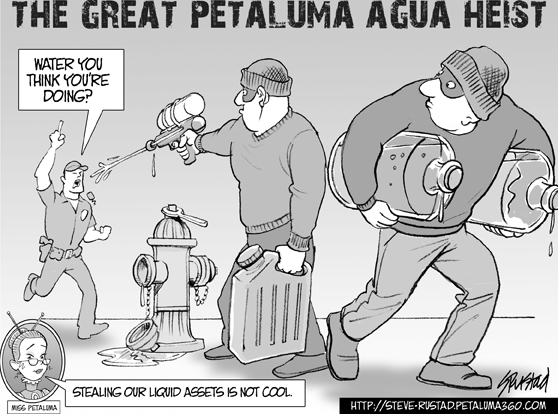 Why would someone steal water from a municipal fire hydrant? Makes about as much sense as standing in a field in front of a tractor in a futile attempt to halt legally mandated weed-mowing. In a town where the mayor has nothing better to do that bear witness to such Pyrrhic acts of political theater, I guess nothing should be considered strange. 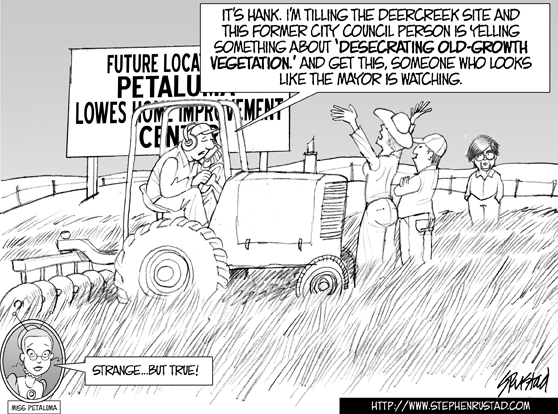 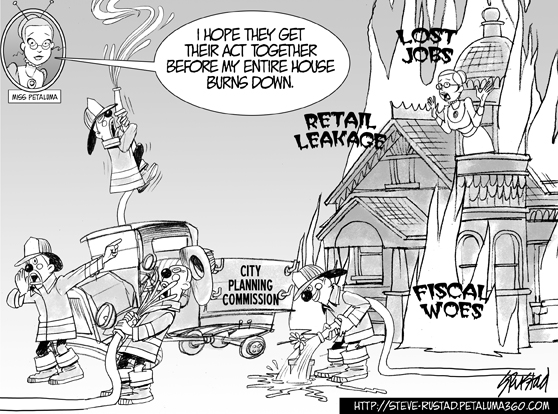 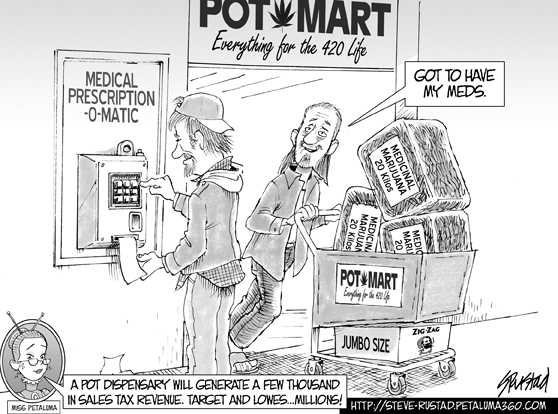 Wow. Here's an idea. Allow a pot dispensary in Petaluma so we can collect the sales tax. Let's see, the dispensary in Sebastopol brings in a whopping $50,000 a year in tax. Whereas, had the Target store been approved, oh, say 2 years ago, River City would have collected over $2,000,000 in sales tax revenues. I guess smoking dope does effect your cognitive functions. Or, perhaps, progressives simply prefer to ignore empirical data when advancing their pet causes.

Petaluma: Where Animals Are More Important Than People. 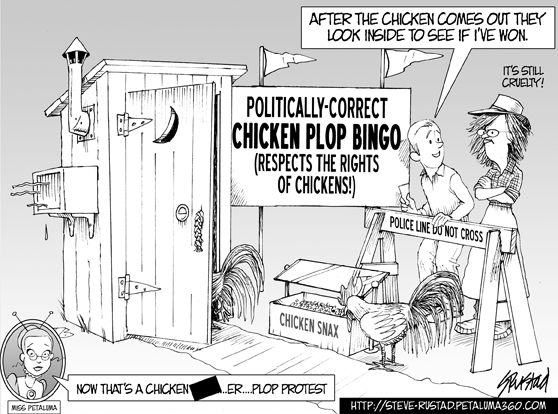 You can't write fiction that funnier or stupider than what happens in real life. Witness the the wacko who complained that the proposed Chicken Plop Bingo event - designed to raise money for the PPS homeless shelter - was harmful to chickens. The event organizers, every wary of River Town's lunatic fringe, cancelled the event. The same individual blocked someone from building on her block by claiming that the project would harm local badgers. Anyone who objected was dubbed a, "Badger Hater." And, thus, the Great Paula Lane Badger Holocaust was averted. Alert the Nobel Committee. 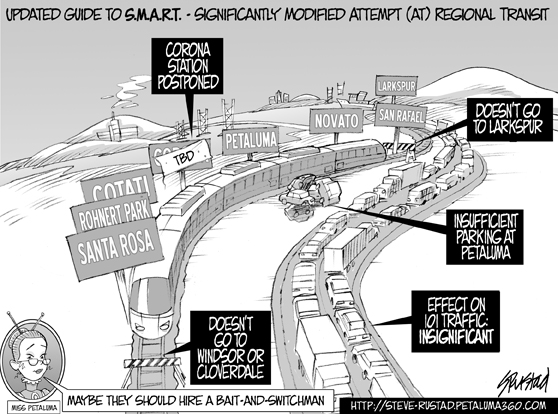 The Sonoma-Marin Area Rail Transit has been - in the oft-reviled opinion of yours truly - a boondoggle from day one. Designed, on it's best day, to carry approximately 5000 folks (during that best day) from Larkspur to Cloverdale and return, it has now been scaled back to run from San Rafael to Santa Rosa. The actual number of folks wishing to travel between those destinations whose travel needs lack urgency and are therefore able to wait for the train's intermittent service, has yet to be determined. 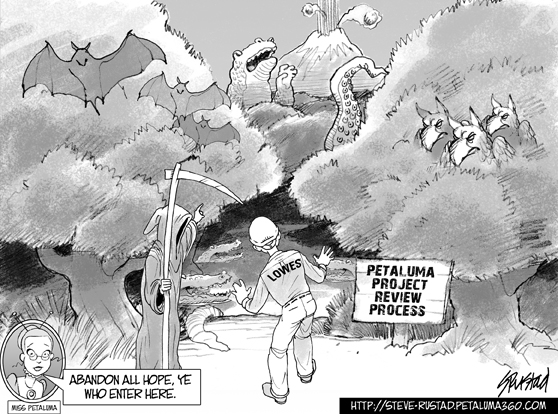