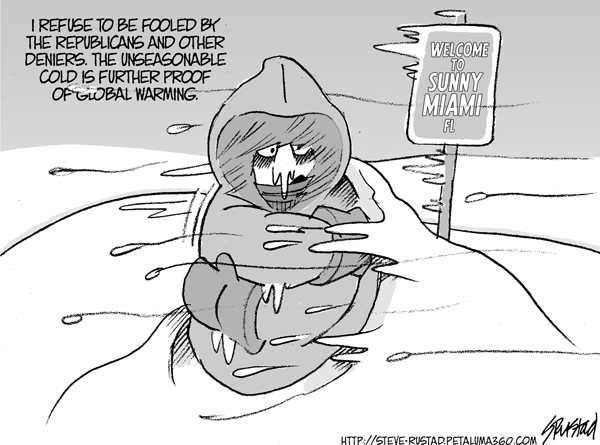 I've always suspected that the zealous advocates of the "man-is-the-cause-of-global-warming" theory were people of great faith, though I don't think there's a great deal of overlap between religious folk (at least those who actually believe in God) and the environmental lobby. Still, to help explain their tenacious grip on a belief that increasingly fails to stand up to scrutiny, I think that henceforth we should reference them as members of the Sect of Global Warming, a subset of the Church of Utopian Bafflegab.