This must be a textbook example of cognitive dissonance, that is when diametrically-opposed ideas coexist in the same mind. To wit, self-described Progressives cherish birds and green energy, yet wind turbines kill nearly a half-million avian souls each year. Even our national symbol isn't safe. The Pine Tree Wind Project [...] 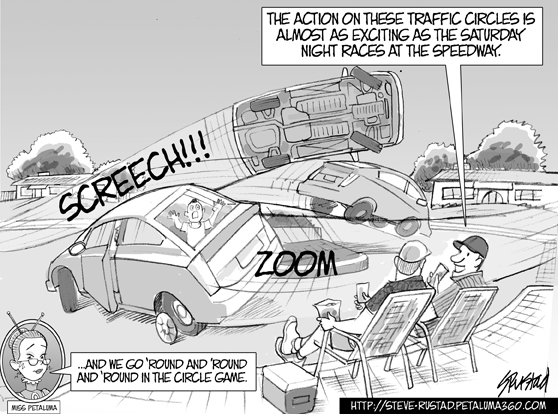 Traffic circles... How European! How progressive! Unfortunately, the tireless tinkerers of America's on-going experiment in practical democracy won't stop with merely tweaking the flow of traffic. They want to import socialized medicine. Oh, pardon me, ObamaCare. They also want to implement other miscreant European concepts like the cradle-to-grave Welfare state that has resulted in unemployment among European youth that is over 40% in some countries. This - coupled with coddling law-breakers - led directly the recent unrest in England, France, Greece, Spain, etc. Let see... Oh yes, our progressive graybeards want to castrate the military. Not that we need be concerned that Muslim-sponsored terrorism is on the rise, or that China - the country that makes the world's toys - now wants to make all of its weapons, too. It must be fun to be a progressive and spend the day staring at your navel. 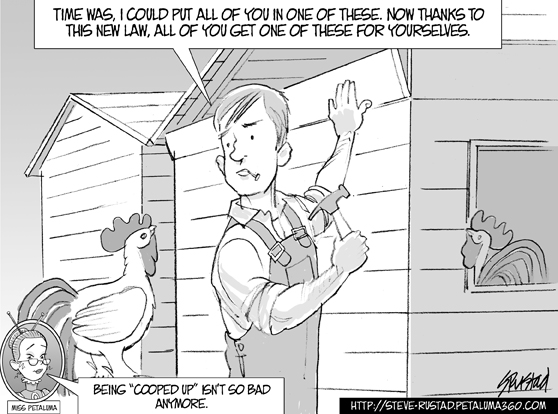 Of course, the ultimate goal of our friends at PETA is to make raising animals for food so difficult that we'll all become vegetarians (organic, of course). Or, failing that, confine us to scavenging the bodies animals who died naturally. And were that to happen, more groups would arise to protect the "rights" of buzzards. They would advocate a "carrion" tax, and the creation of protected buzzard sanctuaries. In the end, PETA is just one more group of people who are so arrogant and self-important that they feel they have a God-given - check that, they don't believe in God - right to tell others how to live. 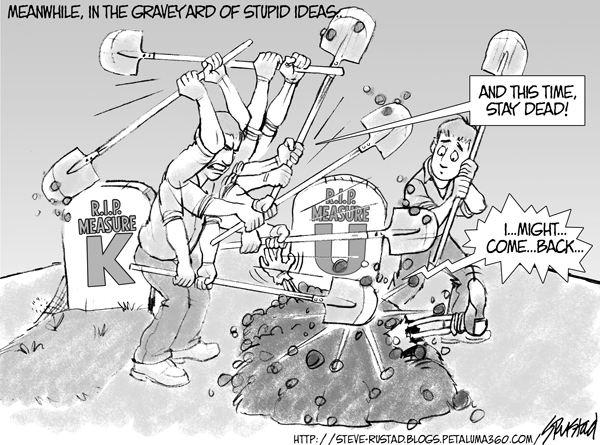 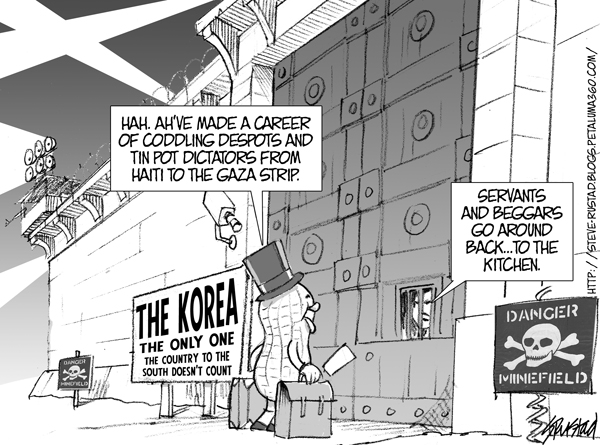 Given the swath of disaster that follows Jimmy Carter's globetrotting diplomacy, it's amazing to me that he still gets tapped for missions. I guess he gets credit of bringing a lasting peace to the Middle East with the Camp David Accords. No, wait. That didn't work any better than his efforts in Haiti. Perhaps he needs the frequent-flyer miles. 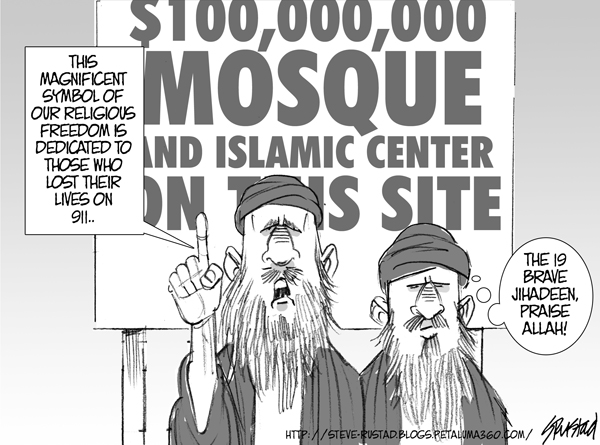 Ah yes, how the powerful and addictive perfume of political correctness can convince otherwise intelligent folk to support causes antithetical to our well being and praise peoples who would just as soon see us dead. To wit, the politicians who defame and demean those who oppose the proposed mosque two blocks from Ground Zero. America was founded to provide religious tolerance, but I strongly suspect that the Founding Fathers had no intention of welcoming creeds that preach, "Death to the Infidel," especially when the "infidel" is us.