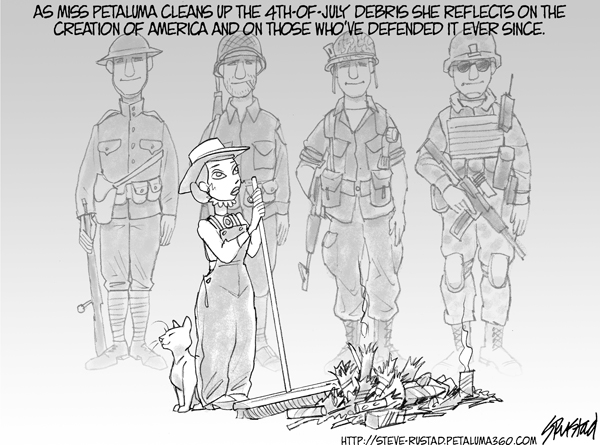 “And the rockets red glare, the bombs bursting in air, gave proof through the night that our flag was still there.” Fireworks scare the cats, can start fires, and in the wrong hands can cost the user some fingers. They may all become illegal some day. Which is fine as long has people see them only as a frivolity. But banning them would be to ignore their historical significance. After all, we set them off – at least in part – to commemorate the words penned by Francis Scott Key as he watched the Battle of Fort McHenry from a prison ship, and to recapture the joy he felt as the flash from each explosion momentarily illuminated our tattered but undefeated flag. As a young man I served that flag and the country it stands for as so many young men and women did before me and so many have done since. The fireworks are for us, too.