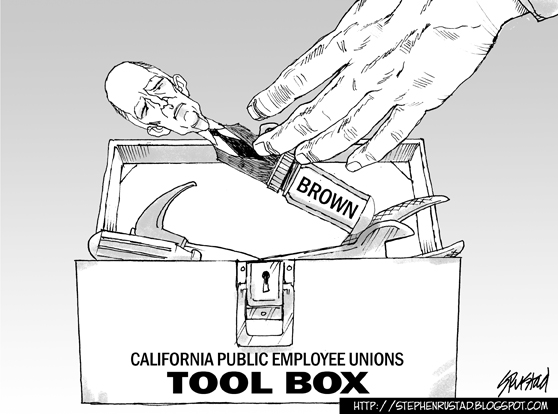 Judging from his initial efforts to trim California’s historically bloated budget, the California employee union’s have a useful new tool in the governor the helped elect. It’s a fair bet that he’ll huff and puff and try to cut everything but the one, major thing that’s breaking the Golden State’s bank – public employee union pensions and entitlements. After all, last time he was governor he approved their efforts to organize with the consequence that public employees no longer serve the citizens of our fair state. Today, it’s the other way around.