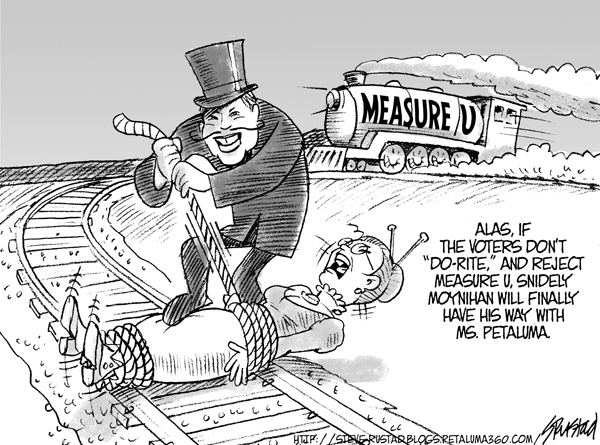 Voters roundly approved the Rainier over-/under-(whatever)pass and it’s still years away. Voters roundly rejected Measure K and now it’s back as Measure U. I can understand why so many rational folks have given up on the electoral process. Unfortunately, that leaves the field open for the irrational folks to control the outcome of elections. Zombie witch doctor Bryant Moynihan, who loves to pander to the irrational fringe, has revived a measure thought dead just two years ago. It’s purpose was to to “roll back” water and sewer rates just far enough to bankrupt Petaluma. Now, it’s called Measure U and despite a fresh coat of undertakers makeup it’s just as a foul. Don’t be fooled. I would never call Mr Moynihan a liar. His numbers do it for me.